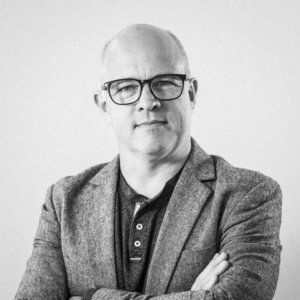 He was Chief Engagement Officer at Ketchum (2012 to 2018), an Omnicom-owned agency, responsible for driving the integration of digital and social capabilities in client engagements across the agency’s international network. He provided lead senior counsel on integrated global accounts including IBM, IKEA and Phillips.

His role at Ketchum included change agent, ambassador and thought leader for the agency on modern forms of engagement and public relations practice. This included leveraging tools, resources and best practice from across the global network for all client engagements.

Stephen has held the role of Visiting Professor in Practice at Newcastle University since 2015, supporting the university and students through teaching and mentoring. He is also an external examiner for the CIPR, the UK professional body for PR practitioners.

Stephen is the co-editor with Ralph Tench of the fifth edition of Exploring PR, the definitive book on PR theory and practice, due to be published by Pearson in 2021. He is co-author of #BrandVandals (Bloomsbury, November 2013) and Brand Anarchy (Bloomsbury, February 2012), plus editor and contributor to Platinum (CIPR, September 2018), Share This (Wiley, July 2012) and Share This Too (Wiley, September 2013); in addition to editor of Chartered Public Relations: Lessons from Expert Practitioners (Kogan Page, February 2015).

He was President of the CIPR in 2014, during which time he helped return the organisation to its roots of professionalism as set out in its Royal Charter. He is the former chairman of its Artificial Intelligence panel and Social Media panel. The two groups have led the characterisation of the impact of machines and social media on marketing and PR practice, the media and conversation in the public sphere.

Stephen originally trained as a journalist before following a career in public relations. He co-founded, managed and sold two award-winning public relations agencies, Rainier PR in 1998 and Speed in 2009.

Stephen is a Chartered PR Practitioner, a CIPR Fellow (Hon), and a Fellow of the PRCA.